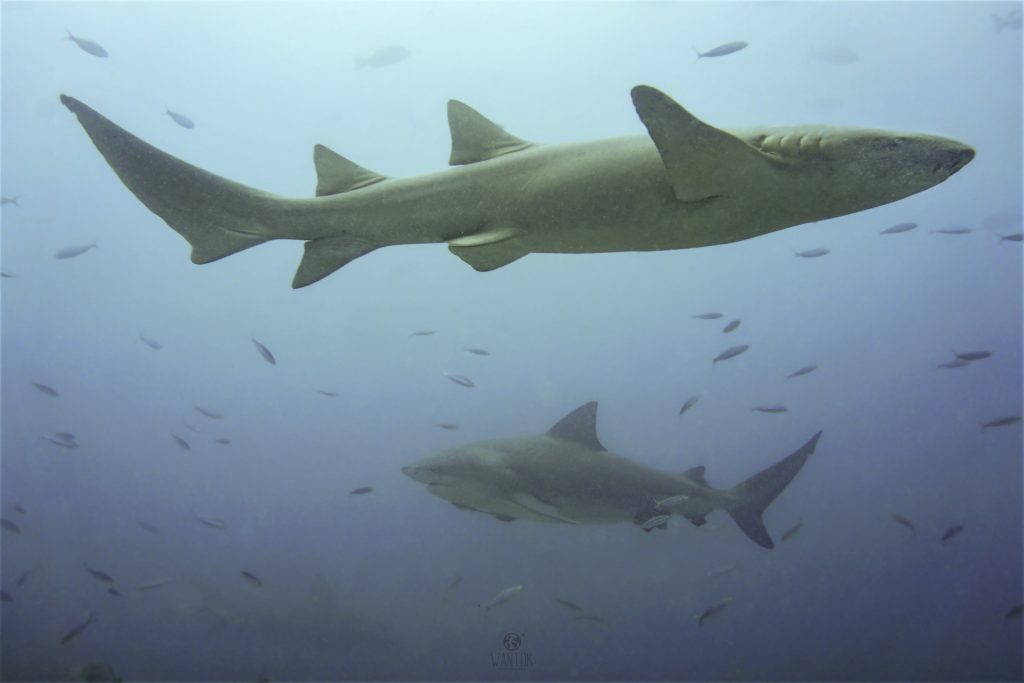 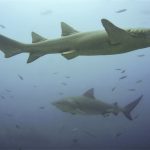 Caught in traffic here in Beqa Channel, Fiji, with a Nurse Shark and a Bull Shark.

The Bull Shark is aptly named, because of its large bullish shape which can grow up to 130 kg (300 pounds) and its bad temper! It is one of the more aggressive sharks, is territorial, and is known to attack by bumping head-first just like a bull, before biting. The best thing to do, if you encounter one, is to stay out of its way! All sharks, nonetheless, have a very important role in the health of the marine ecosystem and have been traditionally revered to as Gods here in Fiji for that reason.