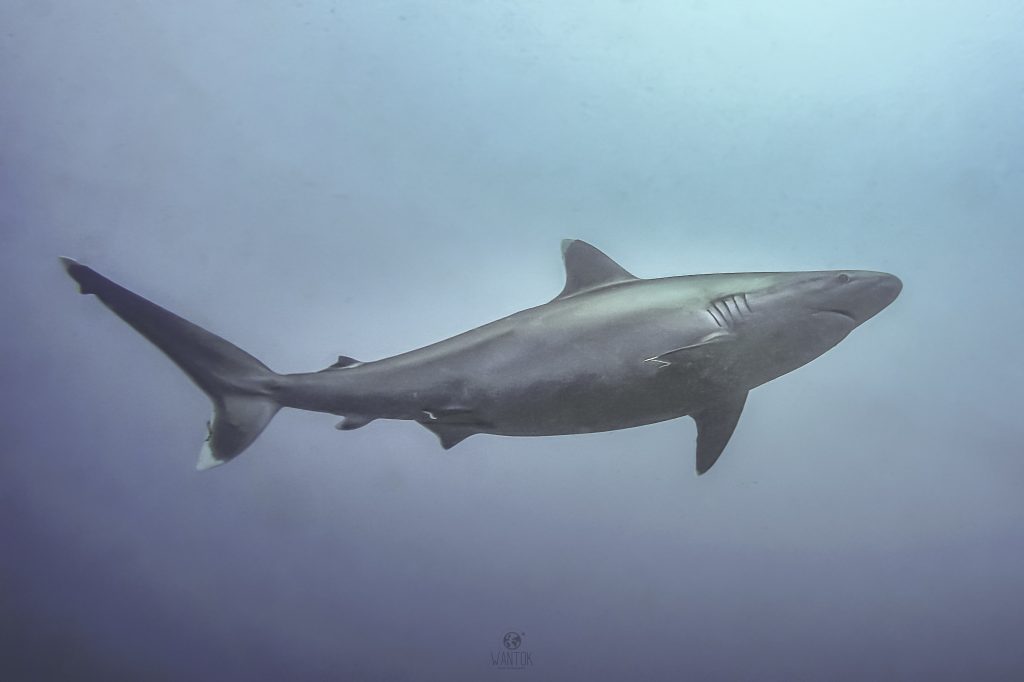 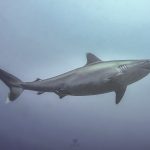 A near-threatened shark, it can grow to about 3m and 170kg and is among the more aggressive types. This particular one certainly was in a bad mood and we had to push him back with the iron stick a couple of times! An avid hunter, it has itself been aggressively hunted by humans for its smooth skin, liver oil and meat since these are considered commercially valuable. Low reproductive rates and excessive hunting have made it a near threatened species.