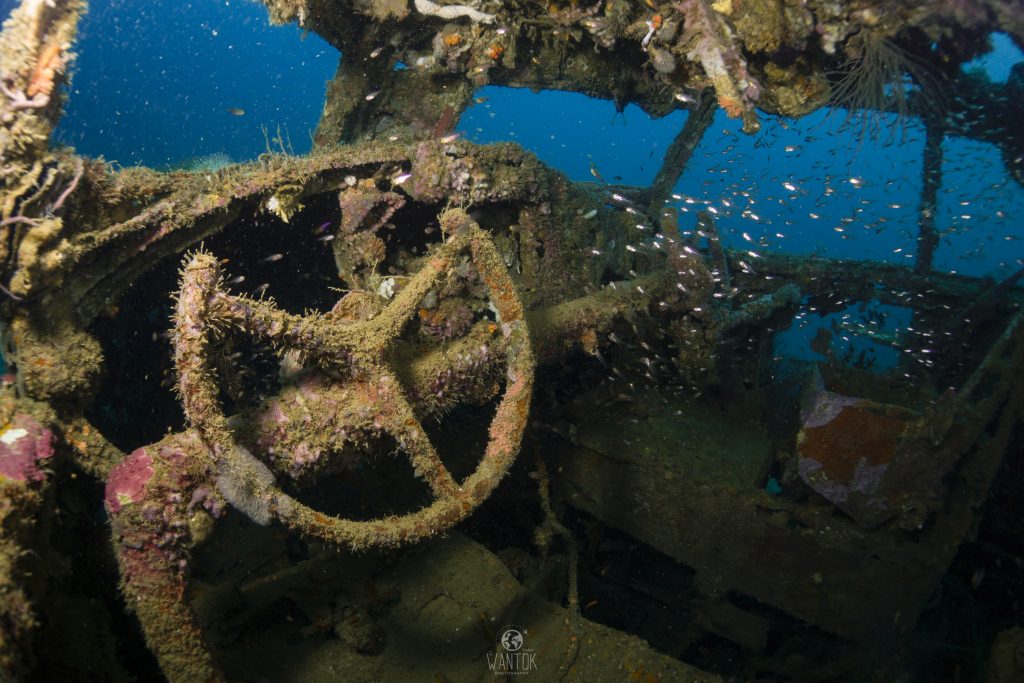 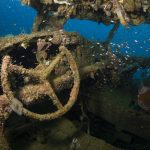 The Kawanishi H6K was an Imperial Japanese Navy flying boat used during World War II for maritime patrol, reconnaissance and the occasional bombing. The Allied codenamed it “Mavis”. This Kawanishi looked like it was hit at the rear, separating the engines from the cockpit and its wings had folded upon impact at sea. According to records, it was shot down on August 7, 1942. I could enter from that opening all the way into to the cockpit to make the other shot posted a couple of days back. This is a closeup of the cockpit from the side window. Following the fierce battles of Guadalcanal, there are several wrecks (planes, boats, submarines…) sitting on the seabed between Guadalcanal and Tulagi, nickmamed the Iron Bottom Sound for this reason.