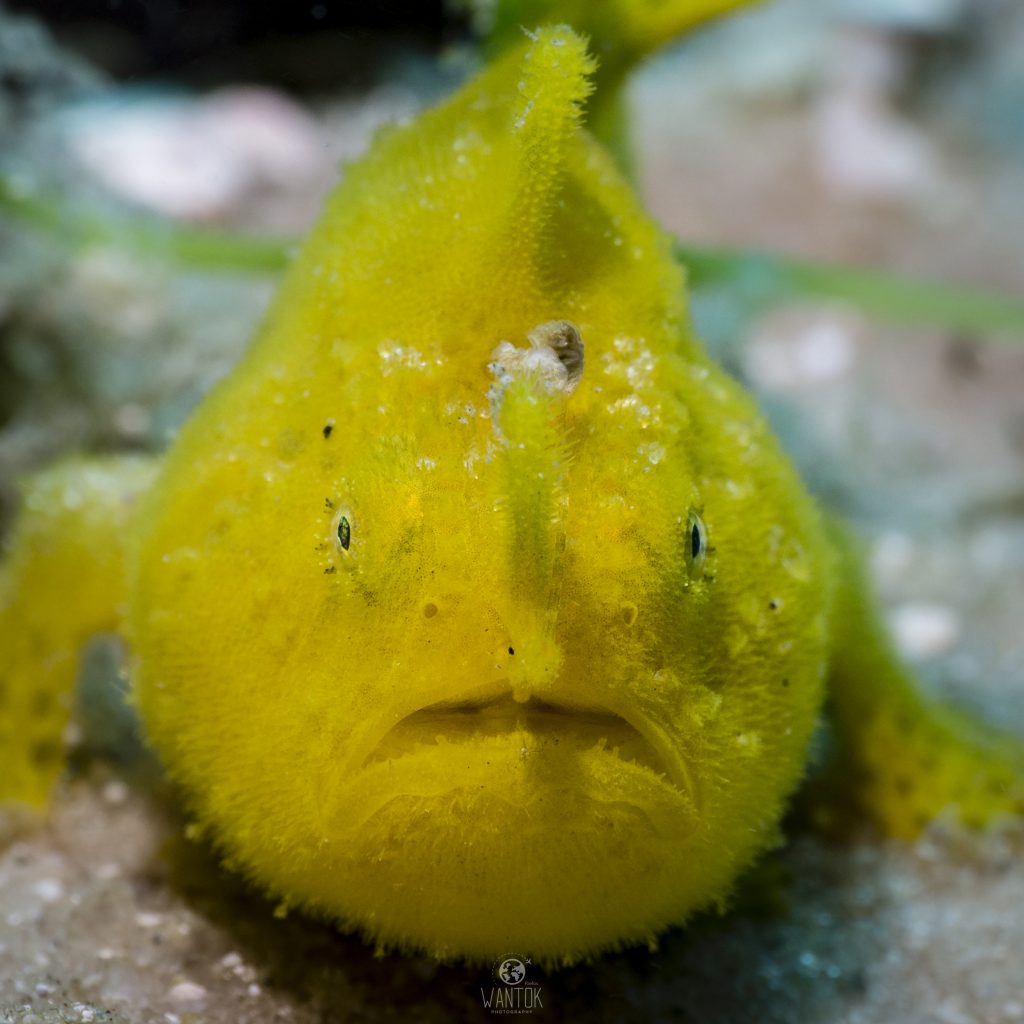 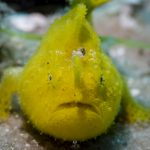 Frogfish are masters of disguise but unlike many animals that use camouflage as a defence from predators, frogfish mostly use their abilities to attract prey. They have a modified dorsal fin that has a retractable lure resembling a shrimp (that white/grey thing in the centre of this frame), which they use to attract their prey before they pounce on it. If their lure is eaten or damaged it can be regenerated.